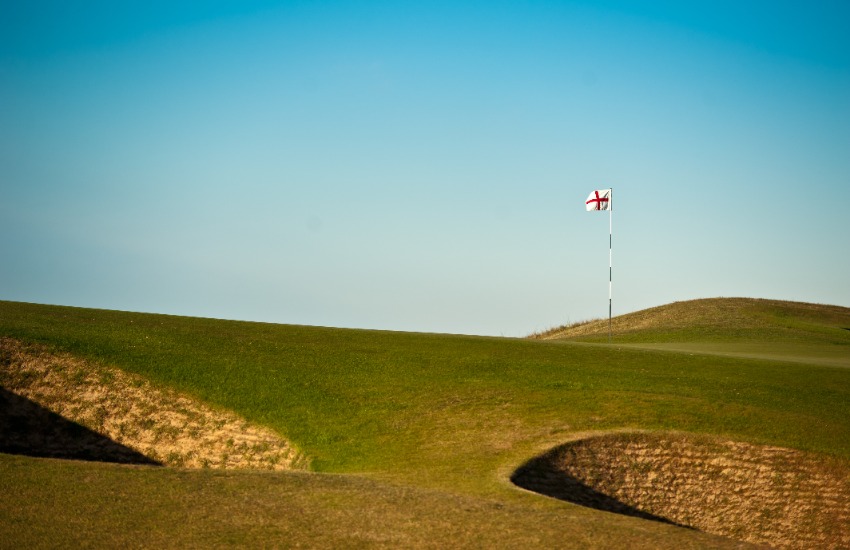 From architecture and green complexes to the natural setting itself, the best international golf courses can truly take you on a journey through time. Whether it’s the “royal and ancient” fairways of St. Andrews or the relatively new coastal design of New Zealand’s Tara Iti, each of these international golf courses is distinct in its own right and proves there’s no one-size-fits-all structure for the world’s best courses. 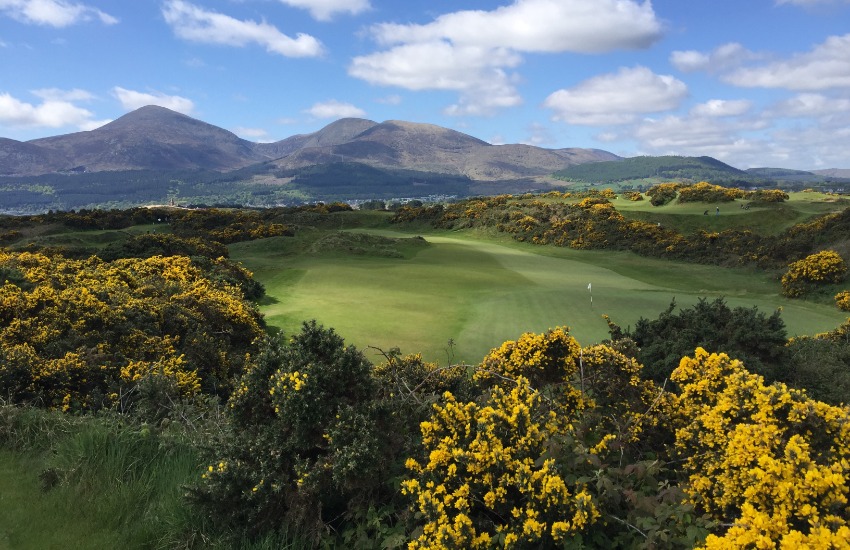 Nestled among the stunning purple heather and golden gorse of the Murlough Nature Reserve, Royal County Down is not only one of the most beautiful international golf courses, but it’s one of the oldest, too. It’s home to two world-class designs: the Championship Course and the Annesley Links.

The West Course at the Royal Melbourne Golf Club was designed by the legendary Alister MacKenzie in 1926. It’s arguably the most well-known golf course in the country and has hosted several national and international events.

Muirfield is one of ten courses in the Open Championship rotation and has hosted the event a whopping 16 times. It’s offered a classic links golf experience since its creation in 1925. 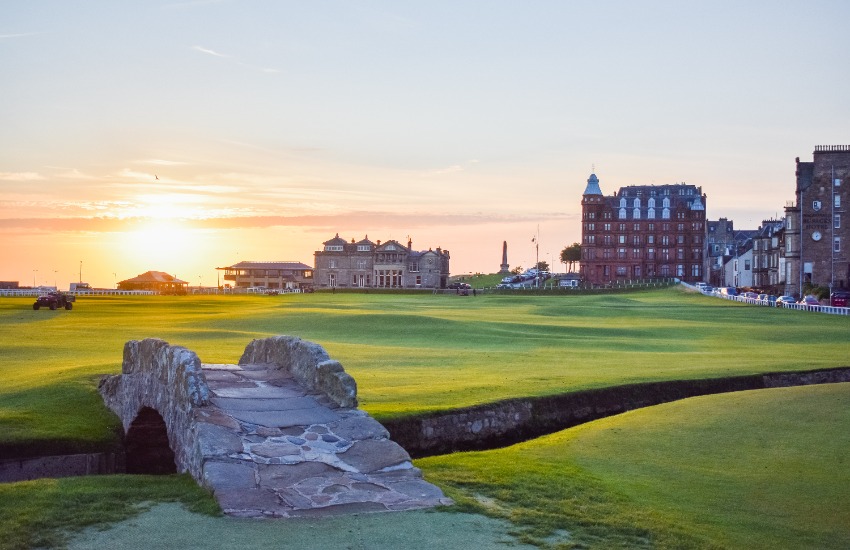 From the “Hell Bunker” on the 14th Hole to the Swilcan Bridge, there’s no place more magical than the “Home of Golf,” or the Old Course at St. Andrews. The 600-year-old fairways are a must-visit for any golf fanatic.

Royal Dornoch boasts two incredible courses: The Championship Course and the Struie Course. Built in 1886, the courses rest alongside the beaches of Dornoch Firth and offer a truly authentic links experience with ocean winds, firm fairways, and more. 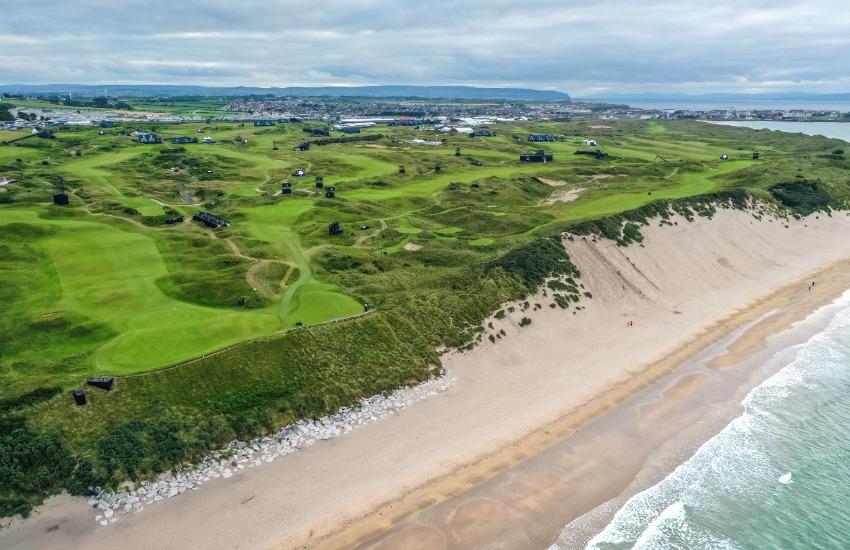 Royal Portrush is a private golf club with two links courses. The more famous of the two is the Dunluce Links which is part of the Open Championship venue rotation.

The Melbourne Sandbelt is home to some of Australia’s most incredible golf courses. But, few come close to Kingston Heath. The course weaves beautifully into the natural landscape and is considered a masterpiece of golf design.

Tara Iti is one of the youngest selections on our list of best international golf courses having been built just seven years ago in 2015. It quickly rose to the top of many golfers’ bucket lists and has been ranked highly by esteemed golf publications. 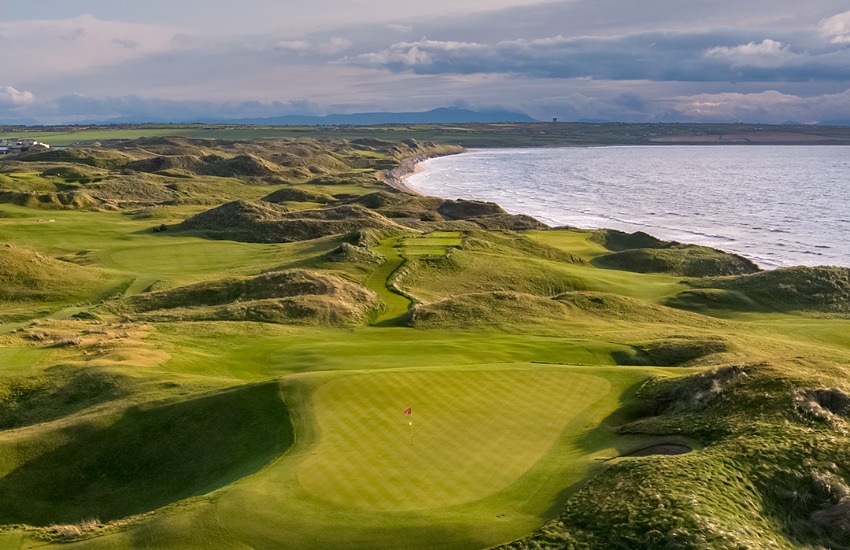 Many golf courses across the pond were built along the coastline. With a need for a more convenient golf course that was closer to town, Sunningdale was created. Built in 1922, it was one of the first inland golf courses in England. 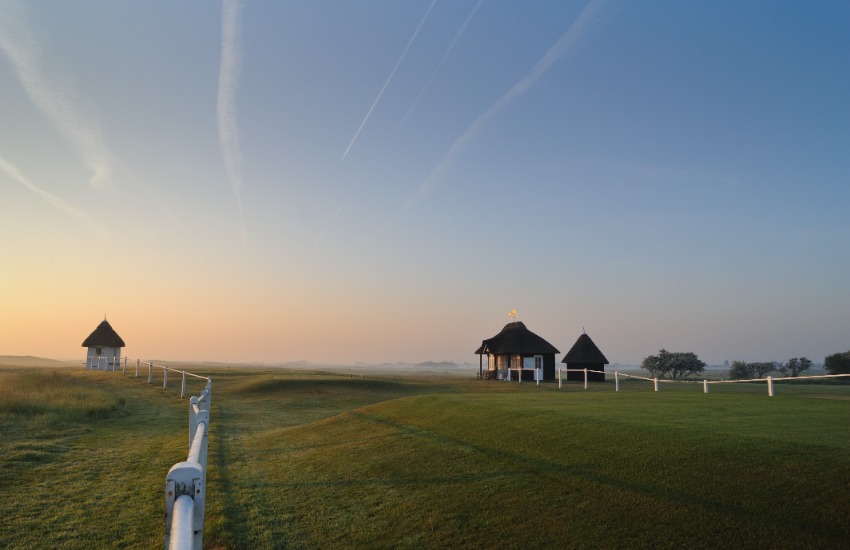 Site of the 149th Open Championship, Royal St. George’s Golf Club was the first course in England to host an Open. Like other links courses, Royal St. George’s blends in beautifully with the natural landscape. It’s a classic design with wild dunes, rolling fairways, and firm greens.

The West Links at North Berwick Golf Club is one of the best international golf courses in Scotland and it occupies an incredible piece of real estate, too. The course is nestled along the Firth of Forth, affording stunning views and a challenging sea breeze synonymous with links golf. The most famous hole at North Berwick is the 15th: a 190-yard par 3 called “Redan.” It’s been replicated at dozens of golf courses across the globe.

Built in 1927 in western Ireland, The Old Course at Lahinch Golf Club is a must-play. Old Tom Morris, Alister MacKenzie, Martin Hawtree, and more all had a hand in the creation and renovations of this links-style masterpiece. 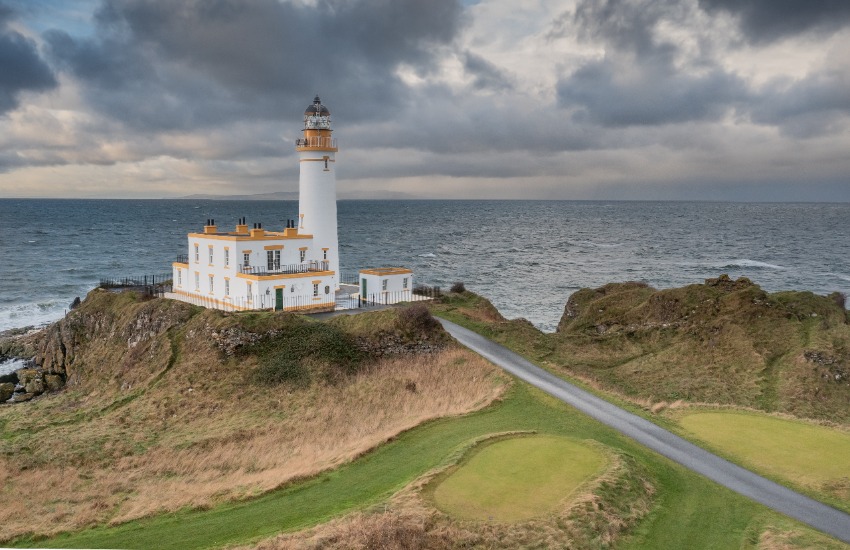 Recently ranked No. 16 in Golf Magazine’s “Top 100 Courses in the World,” few courses are as stunning as the Ailsa Course located along the picturesque Ayrshire coastline. The Ailsa course is one of two 18-hole tracks at the resort and has hosted four Open Championships.

Few people wander to Japan when thinking about the best international golf courses. But Hirono, built in 1932, is a true work of art. It’s often regarded as the country’s most prestigious golf course and has hosted several of the nation’s tournaments and events.

Barnbougle Dunes, having been built in 2004, is relatively new to the international golf scene. It’s located on the northeast coast of Tasmania, an island state of Australia. It celebrates the natural landscape of the area while paying homage to the classic designs of Scottish and Irish links. Elements of the course include rolling fairways and beautiful views over the Bass Strait. 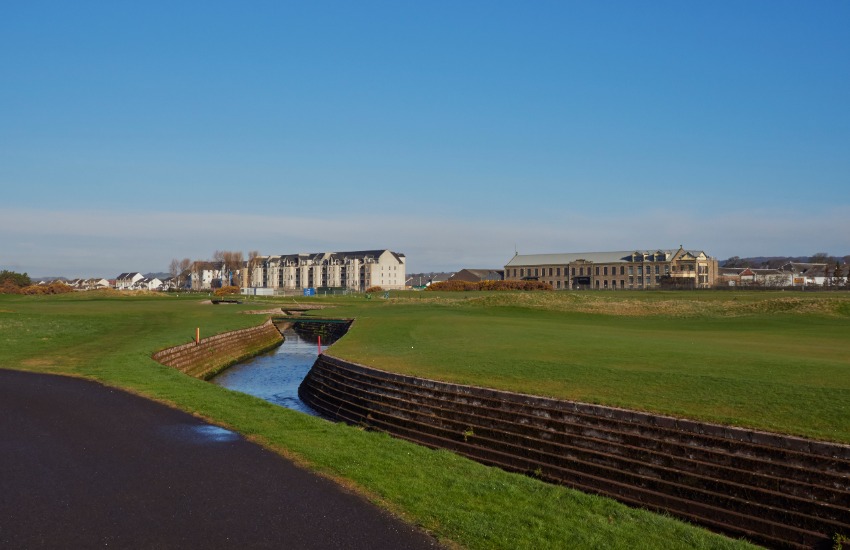 Morfontaine is located just north of Paris but feels a world away from the busy city. It’s tucked away in a dense forest and boasts an ultra-private heathland design. It’s largely regarded as the best golf course in France.

Royal Birkdale Golf Club has garnered much prestige since its creation in 1932. Not only has it been deemed one of the finest courses in the Open Championship rotation, but it’s also considered the best golf course in England. 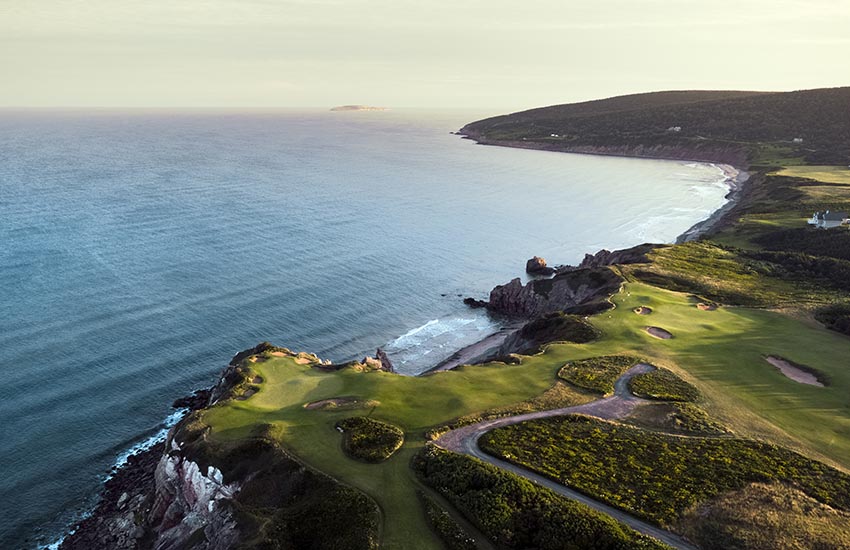 Built in 2016 by the iconic duo of Coore and Crenshaw, Cabot Cliffs is certainly one of the best newer international golf courses. It’s a top-ranked course in Canada and towers over the Gulf of St. Lawrence. From wetlands to cliffs and valleys, there’s a surprise around every corner.

If there’s ever been a links golf course worthy of a magazine cover, it’s the Old Course at Royal Troon Golf Club. It’s a traditional out-and-back course, boasts all the staples of links golf, and has hosted the Open Championship on eight different occasions. 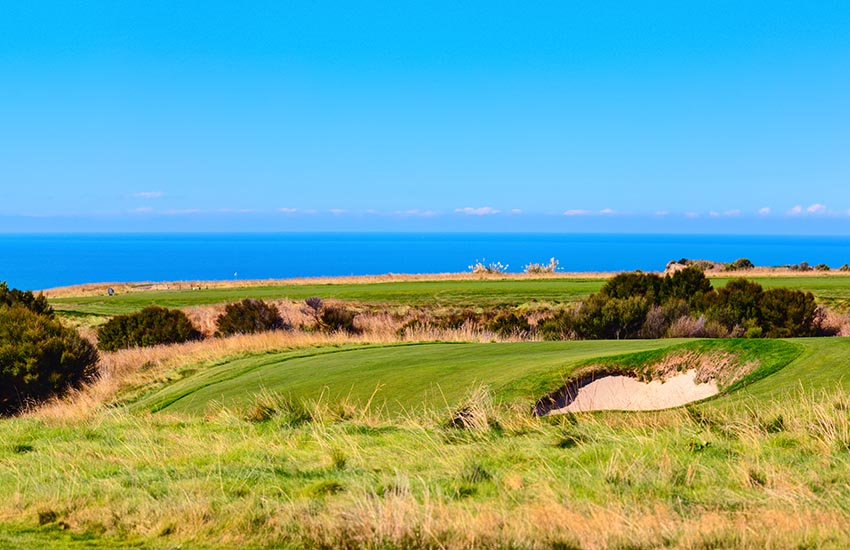 Don’t let the name fool you… The only kidnapping that happens at Cape Kidnappers is the rocky cliffs capturing those wayward tee shots! Located in New Zealand, Cape Kidnappers is perched atop towering oceanfront bluffs with stunning views of the Pacific visible on every hole. The course was designed by Tom Doak and ultimately built in 2004.

Just 15 minutes from Dublin Airport, Portmarnock makes for quite the welcoming site before touching down in Ireland. It’s nestled along the Irish coastline and has received the professional stamp of approval having hosted 19 Irish Open Championships, the 1960 Canada Cup, and the 1991 Walker Cup. 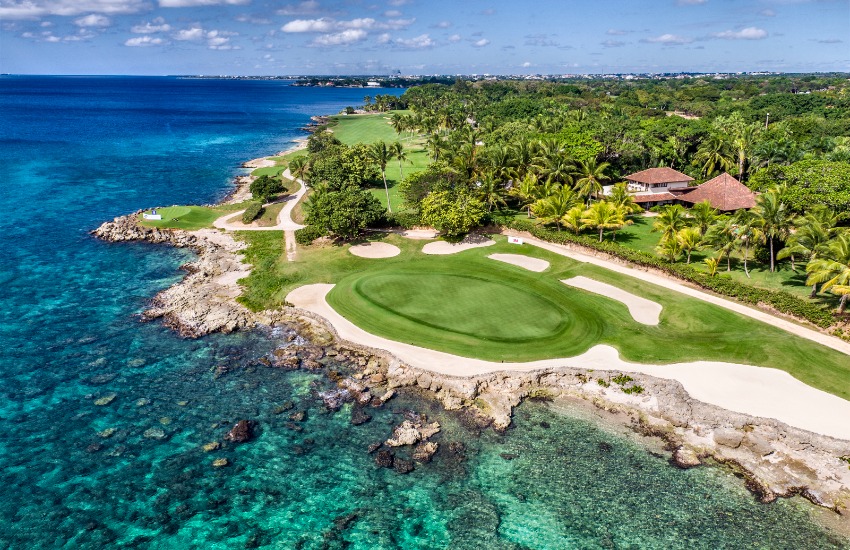 Casa de Campo is the premier golf destination in the Caribbean and its most celebrated layout is the Teeth of the Dog Course. Designed by Pete Dye in 1974, Teeth of the Dog is one of the most outstanding international golf courses. With seven beachside holes right along the turquoise waters, Teeth of the Dog offers a golf experience like no other.

Enjoy stress-free travel to any of these international golf courses with Ship Sticks. Learn more about shipping your golf clubs and luggage ahead of your arrival.