It’s 2019 and that mean’s the new Rules of Golf are now in effect. The new rules hope to clarify ambiguous language that was part of the old rules. Before you head to the course, here’s a quick preview of some of the new Rules. A full list of rule changes can also be found here.

Spike marks and other damage can be repaired on the green without penalty.

Drops can now be taken from knee length instead of shoulder height. 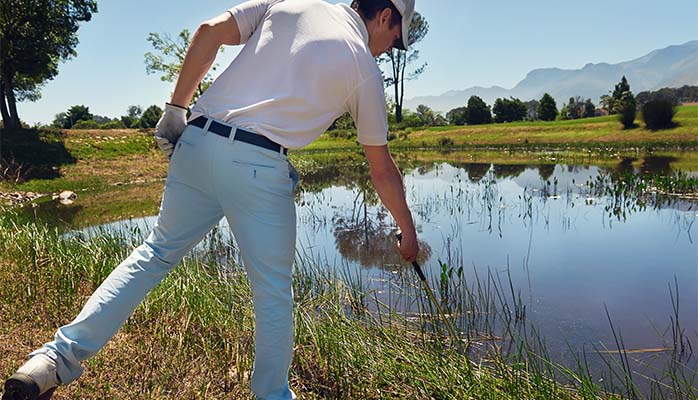 There is no longer a penalty for grounding your club in a water hazard.

Taking Out Bunker Impediments or Your Golf Ball

Players can remove loose impediments around their ball in a bunker. They can also avoid the bunker by taking a two-stroke penalty.

It’s now the players’ option to leave the flagstick in the pin.

Looking for a Lost Ball

Golfers will now have 3 minutes to search for a lost ball.

When a player takes their stance, the caddie cannot stand behind them to help with the alignment. That now results in a penalty.

Golfers will no longer be charged a penalty for a double chip. It will just count as one stroke.

Accidents On The Green

There isn’t a penalty if the ball or ball marker is accidentally moved. The same rule applies to a lost ball.

These rule changes are to help with the pace of the game, as well as to modernize golf. Some rules haven’t changed, however, most notably the “play the ball as it lies” rule. This rule has remained the same to keep some of golf’s traditions.