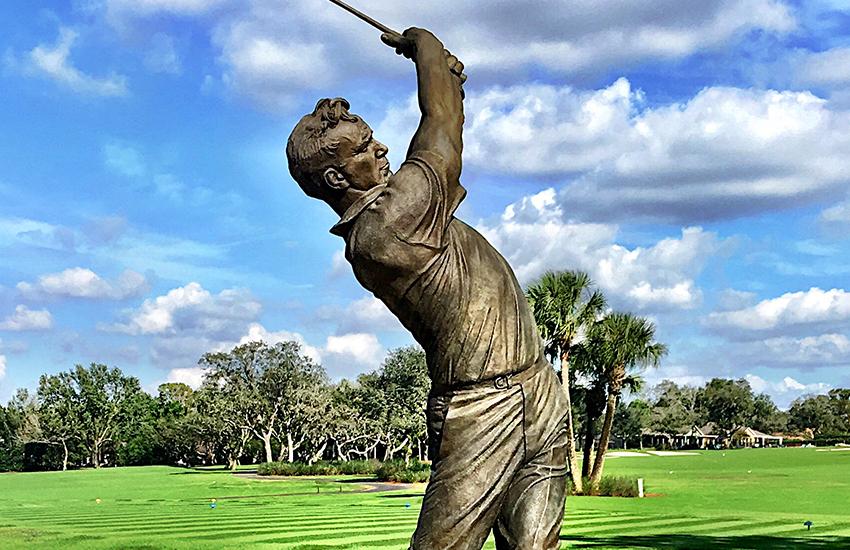 Throughout history, some pretty interesting things have been said about the game of golf. Some were said solely to provide entertainment, others were said to spread valuable knowledge, but most of the greatest golf quotes of all time came as a direct result of the utter frustration and dismay that we all feel when we play this game.

The list below is compromised of all three and you might want to read carefully, for much can be learned by picking the brains of some of the greatest golfers to ever play the game.

“The more I practice, the luckier I get.”  –  Gary Player

“The most important shot in golf is the next one.” – Ben Hogan

“The worst club in my bag is my brain.” – Chris Perry

“If you’re caught on the golf course in a storm and you’re afraid of lighting, hold up a 1-ron. Not even God can hit a 1-iron.” – Lee Trevino

“I never learned anything from a match I won.” – Bobby Jones

“The older I get, the better I used to be.” – Lee Trevino

“On a recent survey, 80 percent of golfers admitted cheating. The other 20 percent lied.” – Bruce Lansky

“Golf is a game in which you yell fore, shoot six and write down five.” – Paul Harvey

“The ardent golfer would play Mount Everest if somebody put a flagstick on top of it.” – Pete Dye

“When I die, bury me on the golf course so my husband will visit my grave.”  Unknown female author

“I have a tip that can take five strokes off anyone’s golf game. It’s called an eraser.”    Arnold Palmer

“Golf is a fascinating game. It has taken me nearly 40 years to discover that I can’t play it.”  – Ted Ray

“The only sure rule in golf is – he who has the fastest cart never has to play from a bad lie.” – Micky Mantle

“You can make a lot of money in this game. Just ask my ex-wives. Both of them are so rich that neither of their husbands work.” – Lee Trevino

“Professional golf is the only sport where, if you win 20 % of the time, you’re the best.” – Jack Nicklaus

“My favorite shots are the practice swing and the conceded putt. The rest can never be mastered.” – Lord Robertson

“I didn’t miss the putt. I made the putt. The ball just missed the hole.” – Peter Jacobsen

“The game has such a hold on golfers because they compete not only against an opponent, but also against the course, against par, and most surely, against themselves.” – Arnold Palmer

“I’m about five inches from being an outstanding golfer. That’s the distance my left ear is from my right.” – Ben Crenshaw

“It takes hundreds of good golf shots to gain confidence, but only one bad one to lose it.” – Jack Nicklaus