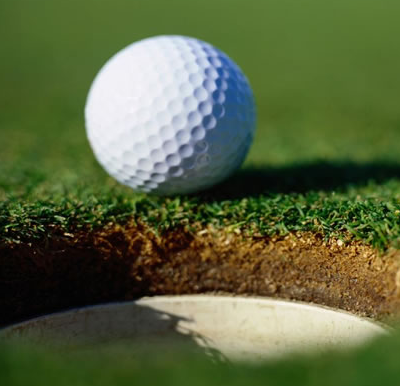 The gimme (derived from “give me”), otherwise known as a conceded putt, has been and will likely continue to be a hot topic of debate among amateur golfers wherever you go.

And while the official rules of stoke play golf clearly state that a player cannot record a score on a hole until he/she has retrieved their ball from the bottom of the cup, we concede putts every time we play.

Plain and simple, the gimme speeds up pace of play. When you’re out leisurely playing with a few of your friends and one of your buddies leaves his putt one inch short of the hole, it’s a whole lot easier to just say “pick it up” then it is to have him mark his ball or tip toe around everyone’s line to tap it in.

WHEN IT’S NOT APPROPRIATE TO CONCEDE PUTTS:

In any organized tournament, it is against the rules to pick up your ball and move to the next hole before it’s in the bottom of the cup. The consequence for doing so is disqualification.

Maybe that person has a bet with another golfer not playing in your group. If this is the case, the person shouldn’t really be picking up any putts but if they do, make sure that everyone in the group agrees that it is okay.

WHEN IT IS APPROPRIATE TO CONCEDE PUTTS (unofficially):

High score on a hole – Depending on your handicap, the USGA designates a maximum number of strokes you can take on any single hole. If you record anything higher than it, your overall score has to be adjusted.

This is to prevent handicap inflation and it does effectively serve its purpose. If you’ve already hit three balls out of bounds and you’re on the green putting for a 10, just pick it up because it’s going to be adjusted anyways. Though as previously stated, this only applies if you’re not in an organized tournament.

In Match Play Tournaments – The only time the rules allow you to legally concede a putt to your opponent is in match play format. If you’re in with a birdie and you’re opponent is putting for par, he already lost, so it doesn’t matter if he makes it or not.

In fact, there are many different strategies to conceding putts in this format but we’ll save that topic for another day.

If it’s “Inside the Leather” – “Inside the leather” is a commonly used phrase to describe a ball that is a shorter distance from the hole than the length of the putter grip (typically about 8 to 10 inches).

If this is the case and all the other things we’ve discussed have been addressed, then it’s okay to just tell your opponent to pick it up. And if you don’t want to tell them, then don’t. It’s entirely at your discretion.

And if at anytime you’re uncertain about any situation on the course, just tap your ball in. The only way you’ll be able to avoid confrontation with 100 percent certainty is to finish out every hole on the course regardless of the circumstance.