The most wonderful time of the year is finally here. And no, we’re not talking about the holidays! The Masters, the season’s final major for the first time ever, has officially arrived.

We’re all familiar with the layout of Augusta National, the beauty of Amen Corner, and the famed traditions of the elusive club. But, plenty of behind-the-scenes secrets have gone unanswered to this day. Rumor or truth, fact or fiction, we may never know. Check out some of the secrets and nuances of golf’s most anticipated tournament.

Overview of The Masters 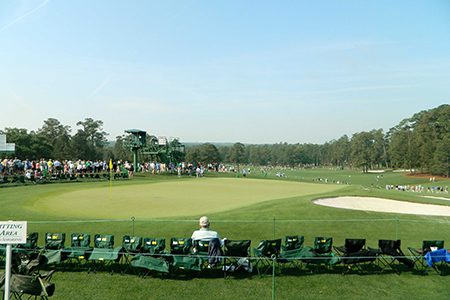 While this year you’ll be saving your seat on the couch, keeping your spot safe at Augusta National is just as easy. Throughout tournament play, roped-off sections for fold-out chairs can be found all over the course. Rows of green chairs with the Master’s logo across the back and the business card of its owner sit empty everywhere; especially at Amen Corner and the finishing stretch.

Despite being patron-regulated with little to no security guards, rest assured that your spot will not be moved once it’s been claimed. Drop your chairs at 18 green at 8:30 am on a Thursday and they will still be there come 5:30 pm on Sunday.

As PGA players get stronger and longer, courses have to accommodate. And, Augusta National is no exception. While the details of renovations and purchases are traditionally discreet, public records indicate Augusta National has been on a spending spree to acquire surrounding land.

The club has worked with neighboring Augusta Country Club in years past to expand tee boxes and lengthen holes. But the most recent purchase includes the 15-acre, National Hills Shopping Center with a whopping bill of $26 million. The club has also purchased a Wendy’s restaurant, several residential properties, a Stein Mart, and a Publix.

What Augusta chooses to do with the added acreage remains to be seen. 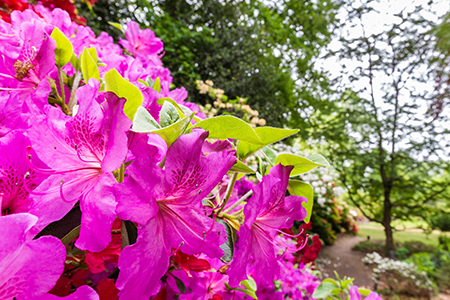 If you’ve ever found yourself baffled by the perfect azalea blooms at Augusta National, you’re not alone. With the exception of 2012 when the azaleas bloomed too early, the course is synonymous with boasting the pink, purple, and white flowers.

Which begs the question, just how do they do it? Many believe groundskeepers cover the plants with ice to trick them into thinking spring has not yet arrived. But, it could also just be a gardener with a very green thumb.

CBS, the official broadcaster of the Masters since 1956, has been known to pump bird sounds into the broadcast for a blissful effect. Interestingly enough, visitors to the course hardly recall seeing any birds at all. And the tall fence surrounding the club keeps out any creatures that could pose a threat to the perfectly groomed fairways.

Aside from the added “tweets,” broadcasters and tournament officials refer to the rough as the “second cut” and all spectators must be called “patrons” to add to the luxurious culture of the tournament. Broadcasts also feature incredibly limited commercial breaks, so you’re in for four full days of golf. 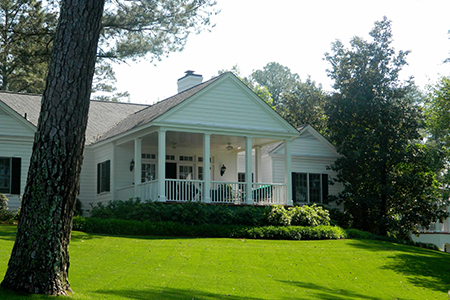 Fans are likely most familiar with the Butler Cabin where winners are adorned with the Green Jacket. But seven other cottages are scattered around the 10th hole and the par-3 course at Augusta. Perhaps you caught a glimpse when Rory McIlory hit his tee shot awry in the final round of the 2011 Masters, kickstarting a back-nine 43 after being tied for the lead.

The Eisenhower Cabin, arguably the most famous cottage, was built for former President Dwight D. Eisenhower. He reportedly visited the club almost 30 times and resided in his cabin designed in conjunction with the Secret Service.

The cabins are now used by friends and families of Augusta National members when visiting the course. 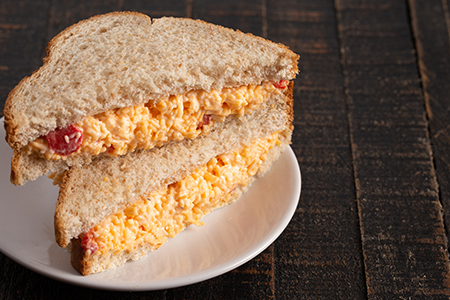 There’s nothing quite like munching on a pimento cheese sandwich while roaming the fairways of Augusta National. The best part? Concession prices at the Masters are the most competitive in all of sports.

The infamous, and delicious, Pimento Cheese and Egg Salad sandwiches are only $1.50 each. Pair your entree with a domestic beer for an additional $2.75. And, finish the feast with a Georgia Peach Ice Cream Sandwich for a mere $2.00. At Augusta, you’ll leave with a full belly and some extra money to spend on merchandise.

Speaking of which, you can’t leave the course without picking up a golf shirt and hat. Or, ten more for all your buddies who couldn’t snag a ticket. What some fans may not know is official Masters merchandise can only be purchased on-site during the tournament and is not available for purchase online. So, that twenty-year-old hat that dad bought you is worth hanging on to!

But, those fortunate enough to hold tickets for this year will still be able to purchase merchandise. The Masters recently announced that 2020 ticket holders will have exclusive access to an online shop for the first, and likely only time, in the history of the tournament.

For more information on the 84th edition of the Masters, click here. If you find yourself getting inspired to play while watching, click here for top courses to play this winter. Learn more about our service and ship your sticks today!