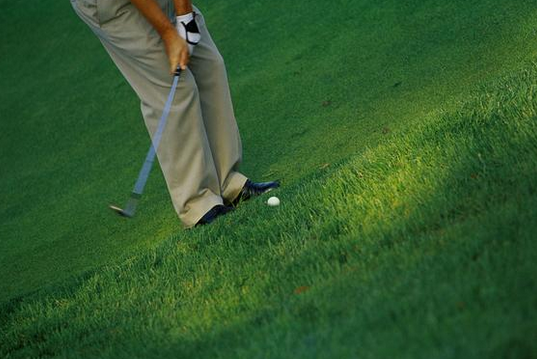 There’s no ifs, ands or buts about it; how you perform on and around the green determines how well you score.

A good short game can boost your confidence and help you minimize the damage caused by bad shots. If you can get up and down from anywhere, you don’t have to hit the ball well to put up a good number. So next time you’re thinking about going to the range to hit a bucket, grab a couple of wedges and try some of the tips below.

Pay Attention to Your Lie – If your ball is buried in the rough it’s not going to spin, so don’t even attempt to hit one of those one-hop stop shots. Instead, take a high lofted club, open the face a little bit and focus on dropping the club on the back of the ball. The ball should pop right out and have quite a bit of roll.

Try a Less Lofted Club – The bump-and-run shot is a lot less common today than it was 30 years ago but it’s still a great thing to have in the bag. Next time you have a shot with a lot of green in between you and the hole, leave the lob wedge in the bag and take out an 8-iron. Put a nice compact stroke (almost like a putting stroke) on the ball and watch as it hits and rolls out. The good thing about this shot is that even a slight mishit will result in a ball that ends up semi-close to the hole.

Pick a Spot to Land the Ball – The biggest mistake most amateur golfers make when hitting their chip shots is that they fail to pick a spot on the green where they want the ball to land. Instead of just looking at the hole and thinking about how hard you have to hit it, picture where your shot needs to land in order to get close to the hole and then take your swing. You’ll get better results instantaneously.

Don’t try to Hole Every Shot – Your goal on any chip shot should be to get up and down. The chip-ins will come with good technique but the last thing you want to do is roll your ball 7 feet past the hole and leave yourself a tough downhill putt coming back for par. Instead, try to envision your ball ending up in a 3-foot circle around the hole. You might not have as many go in but you can be sure you won’t have as many bogeys either.

Have Soft Hands – When you tense up, you lose feel and if you lose feel your game around the green is probably going to be pretty mediocre. Grip the club strong enough where it’s not going to fall out of your hands but grip it soft enough where you can still feel the weight of the head.

Take a Short Backswing and Accelerate – Deceleration will plague any golf shot. By making a conscious effort to take a short backswing you can essentially guarantee that your club will be accelerating through your pitch shot.

Take Your Wrists Out Of It – Sometimes you have to use your wrists (the high lob shot) but for the most part, the less you use them in your short game, the more consistent you will be. At address, push your hands a little forward and instead of flipping your wrists, rock your shoulders and watch as those flubbed chips disappear.